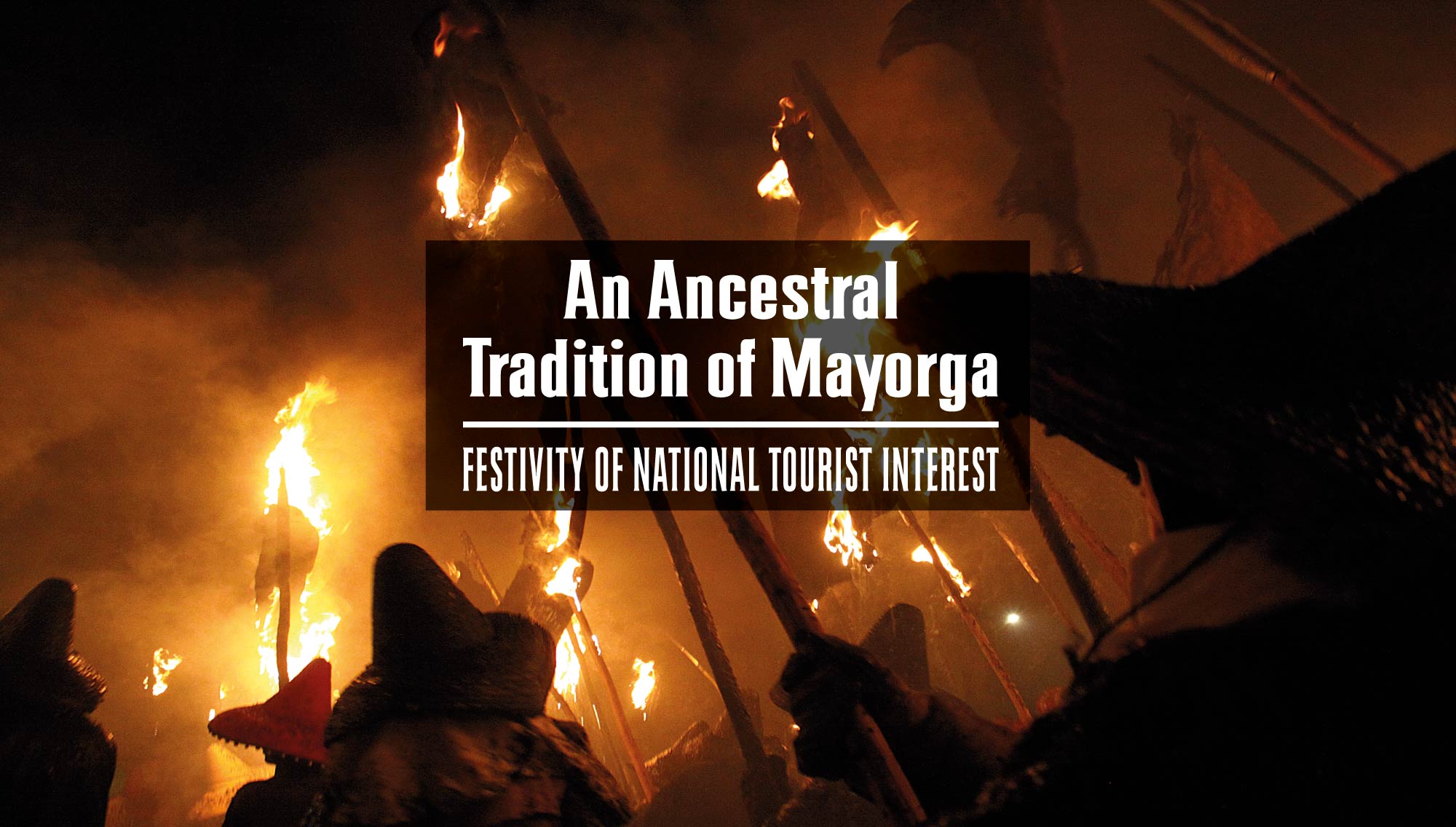 On 27 of September 1752 the second relic of Turibius Alfonso de Mogrovejo y Robledo was received in Mayorga, his home village. He died in Zaña (Peru) in 1606 and was canonised in 1726 by Pope Benedict XIII in his bull Quoniam Spiritus for his work of evangelisation as Archbishop of Lima.

As night fell during the procession's advance, residents went out with brands and torches to light the way.

These improvised torches were made of disused wineskins, which were hung from poles to light up that night, thus giving birth to what we know today as The Feast of The Vitor.

Since then, every 27th September, the Mayorgans gather at 10 o'clock at night in the Chapel of Saint Turibius dressed in old clothes, gloves and hats, to protect the skin from the special "tar" that falls burning from the skins hanging from rods.

The Vitor, which gives its name to the Fire Feast, is a standard made of a polychrome board with fabric and floral decorations, awarded by the University of Salamanca to the Saint as one of his doctorates. On the front face we can read "To Saint Turibius Alfonso Mogrovejo Archbishop of Lima Son of this Illustrious Town of Mayorga", and on the back face "At the expense of Ángel García Fierro 1951" member of the family in charge of the custody.

This type of standard contains anagrams combining the letters V, I, T, O and R (in the case of El Vitor de Mayorga V, T, R).

El Vitor closes the procession together with the Majordomos of the Congregation who carry the Insignia.

Finally, behind them, music plays and people dance and sing throughout the procession.

These are ancient wineskins usually made of leather, mainly from goats, which are sewn and attached on all sides except for that corresponding to the animal’s neck. They are used to contain liquids or for preserving wine. A kind of tar is used for attaching, a black, viscous product traditionally obtained by boiling pine stumps, which are rich in resin. Nowadays, between 500 and 800 wineskins are burnt on the night of El Vitor.

At present, due to the shortage of traditional wineskins, after a long and complex process of searching for a suitable solution by some neighbours concerned about the course of the Feast, the Town Hall has taken charge of making replica wineskins (made in the same way as the traditional ones from tanned goat leather with tar) which have ensured that since the year 2000 the festival has been able to continue as it is known, thus avoiding the risk of the disappearance of this procession due to a lack of wineskins.

The procession of El Vitor starts at 10 PM every 27th September from the Chapel of Saint Turibius heading for Derecha St. along the Sahagun Rd. Once it takes Derecha St., it continues towards Plaza de España Sqr.

At around 12 midnight, the Plaza de España Sqr. is reached via Cuatro Cantones St. and El Vitor goes up to the balcony of the Town Hall to preside at a fireworks display, to crown it all by the Ode to Saint Turibius, sung by the locals.

Once the fireworks display in honour of the saint is over, the procession continues along Cuatro Cantones St. and once again on Derecha St., it continues to the end of this street to turn into Rollo St. This street is not left until it passes the park of the same name and the Corrillo Saint Domingo. From there, and with the whole of Aseo St. ahead of you, you can see Saint Turibius St.

At this moment and at this point, the last remaining burning wineskins, which have lit up El Vitor, have just been burnt. The procession enters the chapel to end this spectacular civic-religious procession singing a Salve to the Virgin Mary and the Ode to Saint Turibius.

Once again this year the Vitor procession, declared to be of National Tourist Interest, has come to an end. The next day, like words written on a blank sheet of paper, the tar stains on the ground of the streets along the route remind the people of Majorca that 27th September is not far away.

Bright sun of South America,
Mayorga was the cradle of your light,
two worlds, for your light travelled,
the same faith that shone on the cross.

Angel of peace, born on our soil,
your heart is our heart,
the royal blood, that runs through your veins,
here gushed forth a magic stream.

Turibius, singular,
zealous shepherd of your flock
the souls to save,
in the name of Christ the King.

America saw you cross
its vast immensity,
and at the echo of your voice,
a new world saw peace.

Your beautiful heart returns now,
to this town who gave you life,
and begs you with your surrendered faith,
your loving and holy blessing.

Born in Mayorga, Crown of Castile, on 16 November 1538 and died in Zaña, Viceroyalty of Peru on 23 March 1606). He was a Spanish Catholic priest, archbishop and missionary, who served as 2nd Archbishop of Lima and organiser of the Church in the viceroyalty of Peru.

His erudition and virtue led him to excel in his studies and work until King Philip II proposed to Pope Gregory XIII his appointment as Archbishop of Lima, succeeding Geronimo de Loayza.

On 16 March 1579, he was appointed to this position by Pope Gregory XIII, although he had not yet been ordained a priest.

Turibius de Mogrovejo was aware of the extent of his archbishopric. He made three pastoral visits, touring and organising his jurisdiction over the rough Peruvian terrain. These pastoral visits forced him to spend only eight of his twenty-four years as archbishop in the city of Lima, which earned him some criticism from the viceregal authorities. The rest of his time was spent travelling around the country.

As for his pastoral work among the indigenous peoples, he sought ways to make himself understood by them, either by learning and speaking to them in their own language.

During his episcopal work in Lima, Mogrovejo convened and presided over the III Limense Council (1582-1583). He was responsible for the printing of the catechism in Spanish, Quechua and Aymara, the first printed texts in South America.

Turibius de Mogrovejo was sixty eight when fell ill in the town of Pacasmayo, but even so he continued to work until the end, arriving in the city of Zaña in state of agony. He died at half past three in the afternoon of 23 March 1606, Holy Thursday, in the Convent of St. Augustine. 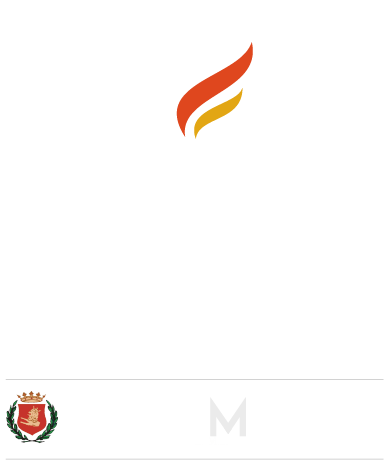